Overnight
Mostly cloudy, with a low around 34. West southwest wind 10 to 13 mph.
Monday
Mostly cloudy, then gradually becoming sunny, with a high near 49. Breezy, with a west northwest wind 10 to 18 mph becoming north in the afternoon. Winds could gust as high as 26 mph.
Monday Night
Mostly clear, with a low around 9. North northeast wind 11 to 14 mph, with gusts as high as 20 mph.
Weather forecast provided by weather.gov.
Search

Your session will expire in 0 minutes. 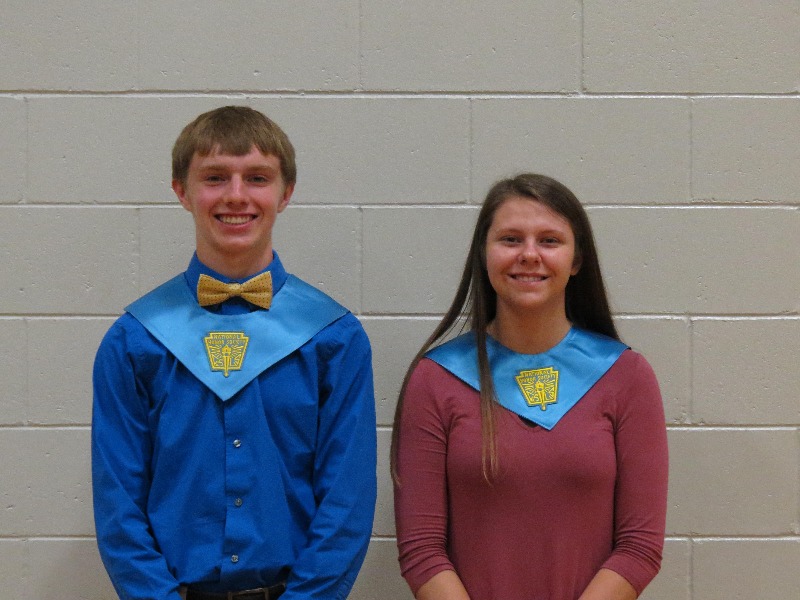 Miah Fulton and Logan Anderson were inducted in the National Honor Society at the Awards Program on Friday, April 28. Fulton is a junior and Anderson is a sophomore.

The National Honor Society (NHS) is the nation's premier organization established to recognize outstanding high school students. More than just an honor roll, NHS serves to recognize those students who have demonstrated excellence in the areas of scholarship, service, leadership, and character. These characteristics have been associated with membership in the organization since its beginning in 1921.